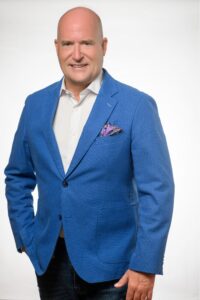 I turn authors into best-sellers and International speakers. If you’re an author or speaker I can help you!

The Day You Find Your Voice and Attract Your Tribe- A practical look at finding your voice, attracting your tribe and monetizing your movement for life.

Butler launched his entrepreneurial career at 15 when an ad he ran in the newspaper for lawn mowing got him 14 customers. Not old enough to drive he had to hire a driver to make sure his customers got serviced.

He later sold that business and went on to start a Janitorial company which grew to 1 million in annual revenue in the first year. Butler would later sell that company and found his passion in the direct sales space. Training his sales teams to write a book, adopt a non-profit and speak on stage the natural next step was to start a social media marketing firm, which he did.

Before anyone was on Facebook, Butler and his teams supporting authors and book launches were marketing their team members on Myspace. In 2010 they had their first author get a movie deal and they knew they were on to something. Fast forward to 2020 and 14 short film festival awards later Butler still believes in the dream and inspiring the dream in others who have a story to tell the world.

After starting Beyond Publishing his team has published over 300 titles by 90 different authors in over a dozen countries. He sponsors the Story Summit Cruise that features Hollywood writers and producers from Paramount, Disney and other studios to mentor and coach up and coming writer three times a year. Last year Butler spoke in 16 countries and in 2020 he and his authors will speak in 20 countries. He runs the Global Elite Speakers Bureau that puts authors on stages globally.

Butler has been a guest on Fox News and has gotten his clients onto CNN, Dr. Phil, TMZ, TLC, Rolling Stone, Entrepreneur Magazine, Inc500, TBN, TruTV, Fox Business and many others.

He is a board member of The WorldWomenConference.com Empowering Through Education and also on the Board of The Ellamo Foundation founded by filmmaker Manely to support and finance the production of cultural & educational goods, especially films that matter and have a social utility.

He is the Best-Selling Author of The Single Dad’s Survival Guide, Best-Seller Status and The Speaker’s Edge translated into multiple languages.

Butler lives and runs his companies in Dallas, Texas